Soon after we returned to India, we had to head to Mangalore for a wedding. A chance look at a map made us realize that Mangalore is right next to the Kerala border – and very very close to the town of Bekal (65 km away). It had been 8 yrs since we had last visited Kerala and we didn’t need any more prompting to plan a weekend in Bekal after the wedding.

Bekal lies in Kasargod district in north Kerala, and is off the main tourist circuit of the state. The town is most famous for the massive 17th century fort on the beach, immortalized in the song Uyire (Tu Hi Re) in Mani Ratnam’s Bombay (1995). Bekal is blessed with beautiful beaches and backwaters, and above all, a tranquility from the lack of tourists. We visited Bekal in the end of May – absolutely peak summers – which really isn’t the best time to visit any place in India. But even in the sultry weather, Bekal was a rejuvenating trip.

From Mangalore to Bekal

Bekal doesn’t have an airport, and interestingly, the closest airport to Bekal is Mangalore (in Karnataka), rather than any airport in Kerala. We flew from Mumbai to Mangalore, and after the wedding was done, drove down to Bekal. Given how much we love doing road trips, this little drive was part of the reason we chose Bekal.

We used Zoomcar to rent a bright orange Tata Nexon diesel for our trip. The choice of the vehicle was not accidental – we were in the process of buying a new car and wanted to evaluate the Tata Nexon. Having used Zoomcar before, we were familiar with their process. Our pickup location was Forum Fiza Mall in Mangalore. Lugging suitcases (Indian weddings) inside a large mall, while searching for a particular parking lot, at 0930 in the morning was the only inconvenience we faced in picking up our rental.

Our car was fairly new, with just 5100 km on the odometer, but had a large and ugly scrape on the left rear door. Negative marks to Zoomcar for continuing to use a damaged vehicle, instead of getting it fixed. But to be fair, the vehicle was in very good shape in other respects – it was clean inside and there were no mechanical gremlins.

The drive to Bekal was a wee bit disappointing, and not just because it was short. The entire length of the road is flanked by dense green foliage, even in peak summer. After crossing the state border, human presence is unmissable, reflecting the higher population density in Kerala. The road travels through numerous habitations, and there is no real stretch of open road to even sample the 5th gear! However, even in the limited 70km drive, the engine of the Nexon showed its muscle and overtaking cars on the highway was a breeze.

Tata’s trump card has always been their superb chassis engineering and it showed on the Nexon too. It seems to just thump over small potholes and other imperfections on the road. We didn’t bother slowing down for slightly broken roads or minor speedbreakers. All those who have driven in India will appreciate this feature a lot.

Given the temperatures outside, we decided to finish off our only sightseeing – Bekal Fort – while it was still morning. However, it was already noon by the time we parked our car at the fort. It was HOT, and the fort was nearly deserted. There was no other vehicle in the parking lot, although we still had to pay Rs 30 for parking. Even most of the tourist shops outside the fort were shut.

Bekal fort is the largest fort in Kerala and is situated on a small hill on the seashore, overlooking Pallikare beach. It dates back to the 17th century and was built by local Nayaka rulers, before it came under Mysore rulers Hyder Ali and Tipu Sultan. Eventually, the British took over the fort when they defeated Tipu.

The fort was a strictly defensive fort and doesn’t have any residential or ornamental buildings inside. There is a single large cylindrical watchtower in the centre of the fort, accessible by a ramp. The fort is constructed of red laterite bricks and is in very good preservation. The outer walls of the fort are 6ft wide at the top and makes for an enjoyable circumambulation of the fort. The fort is surrounded by what looks like a forest of green coconut trees, and would probably make a really romantic backdrop during the rains.

The all-pervasive heat did not let us stay too long in the open fort – there is absolutely no shade to be found in the fort. After exploring the fort for about 45 min, we hurried back to our car and drove to our resort.

Set on the far end of Kappil Beach, bordered by the Nombili (or Kalanad) river, the Lalit Bekal Resort sits on lush green 26 acres land, covered with coconut trees, lagoons and 38 idyllic villas. The buildings are set around lagoons in the centre of the property – and account for less than 10% of the total land area, giving a vast open feeling to the resort.

Check-in was a bit slow, but the welcome drink was really refreshing. We were staying in a Premier Backwater View suite, in the lower floor of a two-storey unit. The room was humongous, with an equally big bathroom to match. The bathroom also had a large bathtub open to the sky. There was a large connecting room featuring wardrobe, mirrors and drawers. And there was even a sit-out overlooking the gardens – although the weather wasn’t optimum for it.

We waited for the sun rays to weaken a bit before venturing out in the late afternoon. We walked through the resort, to the backwaters of the Nombili river, and reached the boat dock. The resort provides kayaks for the self driven – and traditional wooden boats with oarsmen for others – for taking a ride on the backwaters. Most of the other guests rode on the wooden boats while Pradosh ventured out on a kayak alone. And Suchitra decided she liked the hammock more than either. Pradosh paddled for half an hour, before the humidity got the better of him.

The area around the boat dock seemed like the activity zone of the resort. Under the canopy of coconut palms, guests were cycling and playing badminton. The resort staff were helpfully dispensing tea/coffee and sandwiches to everyone. Since the sun was still strong, we headed to the swimming pool first. The swimming pool of The Lalit is idyllic, surrounded by palm & frangipani trees – and even has trees planted on small square islands inside the pool. The red tiled roofs of the resort in the background make a picture perfect contrast with the blue of the swimming pool

We had the swimming pool all to ourselves, which was even more blissful. After spending some leisurely time in the shallow (4ft) pool, when the sun rays weakened further, we headed down to the beach. There is a long path from the pool, through landscaped gardens, towards the beach. We came across a helipad on the grounds and were overtaken by golf carts filled with guests. Fresh from our long hikes in South America, we thought nothing of the walk to the beach.

The beach is accessed by a rickety wooden pedestrian bridge on the Nombili river. On that evening, as the sun was dipping to the horizon, there were hardly ten souls on the beach as far as the eye could see. The golden yellow beach is fringed by coconut palms on both sides and slopes gently down to the waves of the Arabian sea. We lost no time in stripping to our swimsuits and rushing into the sea.

The waves in the Arabian Sea weren’t strong and the gentle slope of the land enabled us to venture a fair distance into the sea. With the mellow sun and the strong breeze, it felt like exhilarating and relaxing at the same time. The waves kept rolling in and we kept ducking under them or gently rolling with them, feeling that zen that the sea always brings.

When the sun finally dipped into the Arabian Sea, we pulled ourselves out of the sea and headed back to the resort. The exhaustion that follows every dip in the sea got to us as well, and we decided to take the golf cart back to the resort. We had to wait for a while, as a golf cart had to be called for us specifically and it was pitch dark by the time we got back to our suite.

The property had a single restaurant – the Nombili – which has divided into the bar and restaurant sections. The restaurant offered both buffet meals and a-la-carte options. For lunch on day one, we ordered a-la-carte, choosing Chicken Chettinad and Vegetable Stew, to go with hot Appams. Food had the typical 5-star fragrant flavours – more tuned towards delicate foreign palates, than the robust Indian ones. It was still a very delicious meal.

For dinner, we chose the buffet at Nombili, as we just wanted to crash after a long day. It was a low key meal, and not especially memorable. .

The breakfast next morning was a typical lavish 5 star breakfast spread, with eggs to order, meats, fruits, breads – and also a live dosa counter (we are in South India, of course).

During our time in Bekal in May 2019, we did not spot any standalone restaurant worth of note in the town.

For a night’s stay in a Premier Backwater View suite at The Lalit Resort & Spa Bekal (which included breakfast), we paid Rs 8,000 (before taxes) – or Rs 10,336 after including all applicable taxes.

Which in our opinion, is a really good deal for a beautiful 5 star beach resort in Kerala. There are so many smaller resorts near Mumbai, which charge more than double this amount for a weekend break!

Food prices were quite expensive compared to the room tariffs, with the buffet meals costing Rs 1,800 per head, before taxes. The bar at Nombili served only beer and wine, and the mark up on wines were eye-watering high. For our 3 meals in Nombili (lunch, dinner & lunch next day) without any alcohol, we paid more than the room rent.

After the sumptuous breakfast, and dissuaded by the strong sun, we spent most of our remaining stay in our lovely room. We requested for and got a 2 hour delayed checkout, as we only had a 90 min drive back to Mangalore. We had another lunch of appams and stew at the Nombili before heading back to Mangalore. The drive back was unremarkable and we returned our Zoomcar without a hitch, before taking the late evening flight back to Bombay.

The Lalit Bekal is a stellar property, and at such discounted prices, is a complete winner, with perhaps the lack of variety in food its only foible. For Mumbaikars, when coupled with convenient morning and late night flights from and to Mumbai, The Lalit Bekal makes a viable weekend getaway for a 3 day weekend – or even a regular weekend, if you’re ready to make a little effort. 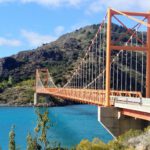 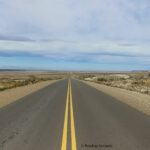