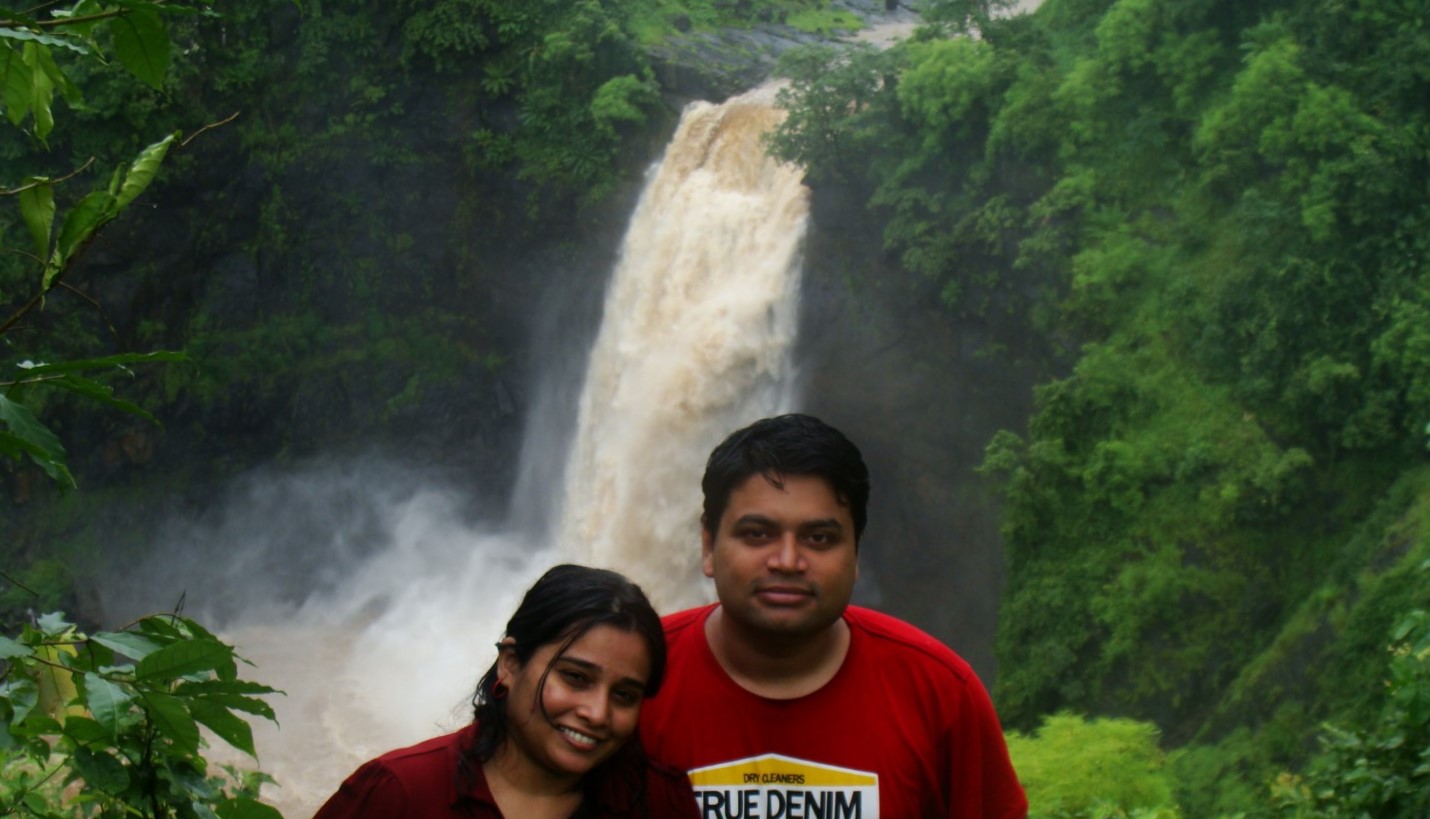 When the monsoons come to Bombay, it brings with it nonstop rain, waterlogged roads and general chaos all around. But it also gives us the reason to look towards our weekends afresh – because it is at this time that the surrounding Sahyadri range gets splashed in a brilliant bright green colour – a shade more vibrant than what you have seen before (if you aren’t from Bombay). Hence it is a common sight to see Mumbaikars get into overloaded Innovas & Taveras and driving out to Lonavala or Mahabaleshwar on weekends.

With our penchant for going to lesser crowded (and hence lesser known places), we found ourselves in Dabhosa this year. Dabhosa is a small village in Thane district in the northern part of Maharashtra, 160 km away from Bombay. The nearest town from Dabhosa is Jawhar, about 20km away. Jawhar lies in a forested hilly area at the edge of Sahyadris with comparatively sparse habitation. With the rains, the entire countryside is awash in green, which makes sights like these common along the road 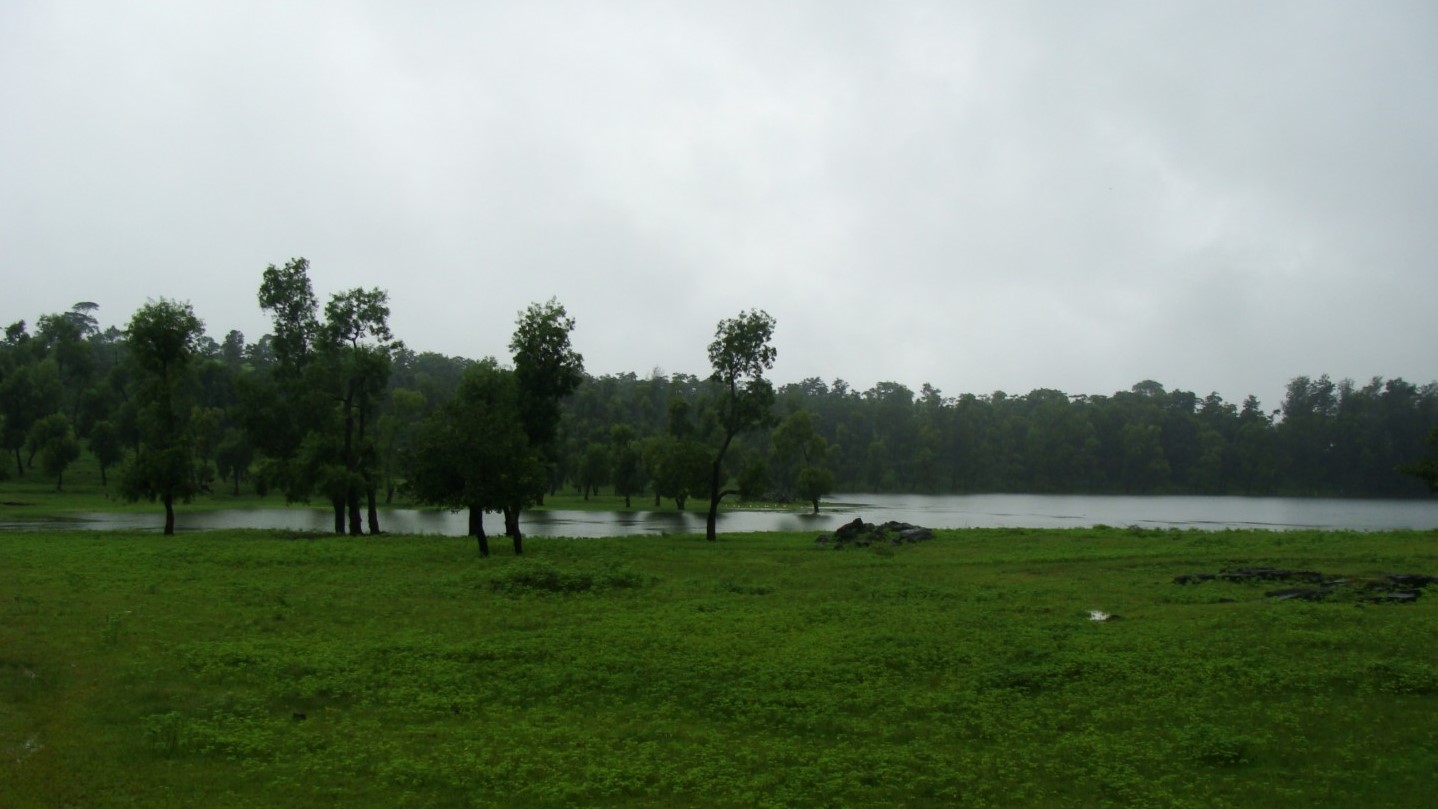 But Dabhosa’s claim to fame is its waterfall – little less than a km out of the village. In the winter and summer months, it is not much more than a trickle, but in the monsoons, Dabhosa waterfall becomes a raging monster. Such is the force of the waterfall, that the spray from it makes it is impossible to look towards the waterfall when you are standing close to it. Even when you are 10-15 m away, it feels like you are standing in front of a giant shower. In the monsoons, getting into the river is inconceivable – the waters churn angrily and waves hit the rocky banks like a rough sea. Ofcourse, just standing there and taking it all in is exhilarating, esp after the tricky climb down the valley. It takes about 20-25 min to go down and the descent is very steep. It involves clambering directly down the path of a tiny stream of water – so it is not for sari clad relatives. Climbing back up the steep slope is a strenuous workout, especially if you are unfit like we are. But the spectacle at the bottom is totally worth the exertion. 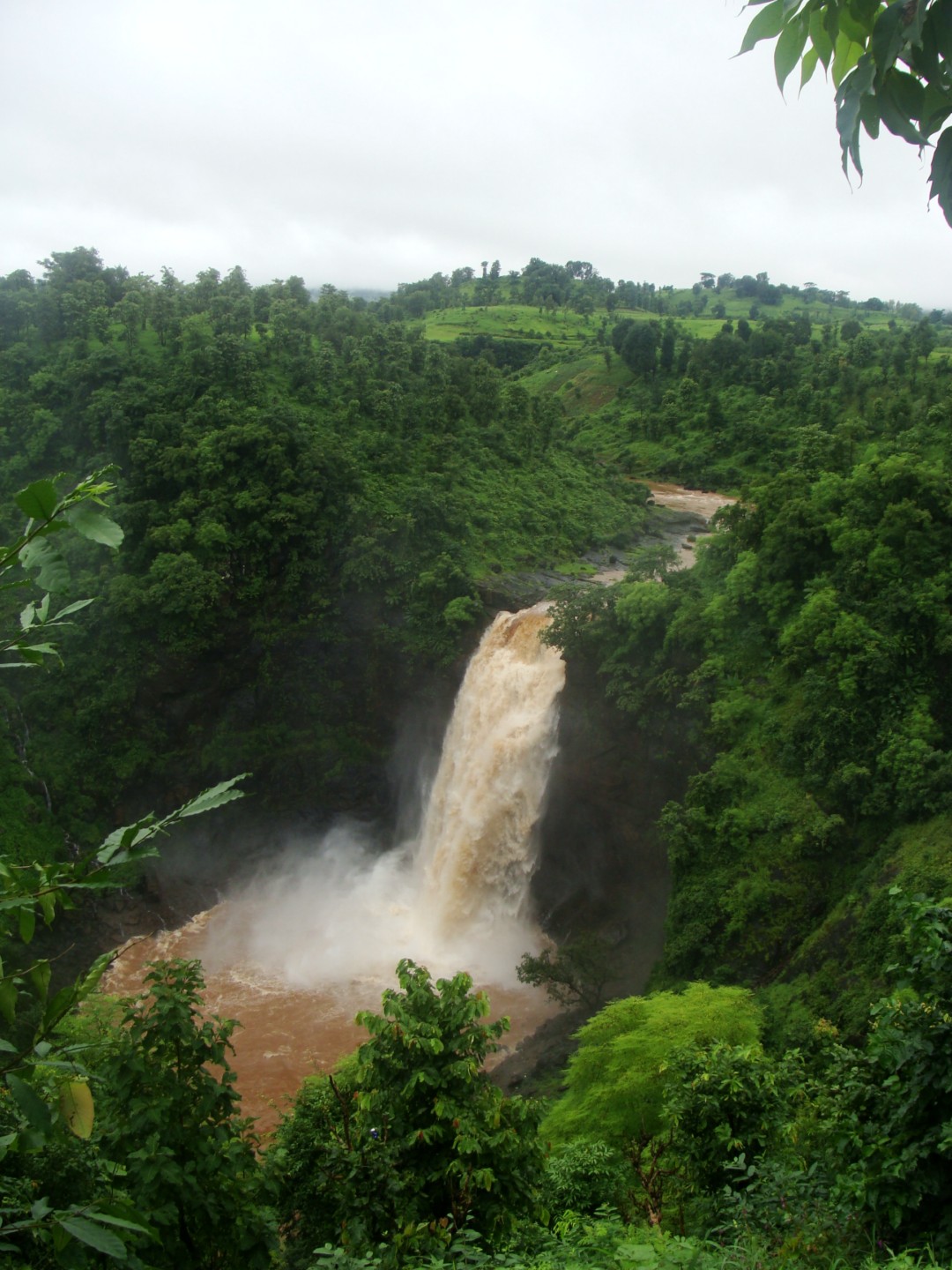 The only regret of the trip will be the lack of photos. It rained non-stop through out the day and while we were happy to get soaked in the rain, looking back, I wish we could have captured the waterfall in all its glory in the valley

There isn’t much to do in Dabhosa apart from the waterfall trek and the two optional sports activities. We took a day picnic package from www.naturetrails.in . They have a small 10 room resort overlooking the waterfall called Dabhosa Waterfall Camp. And more importantly, they serve a sumptious lunch buffet for 480 per head (breakfast, tea included) – which was very tasty in a homecooked way. The lunch had rice/rotis, 3 veggies, dal, chicken curry and sweets/salad etc. We arrived too late for breakfast, but apparently breakfast had idlis, vadas & poha. If you are adventurously inclined, then you can take their Adventure package – which includes valley crossing and kayaking along with the food and a room for day use as well at 900 per head. We took the adventure package – and were given one large 6 bedded room for the 7 of us. The room was bright and the bathroom was really neat with towels etc – though there was a damp mouldy smell in the room.

Tip : Make sure you do the bookings a couple of days in advance since they have very few rooms available and the only other eating options are in the town of Jawhar. Not to mention the total lack of changing room facilities around the waterfall

The adventure activities are good fun, though valley crossing is done over a side valley and not over the main waterfall. So while it is more safer, it gets over a little too fast. Kayaking was a lot of fun though – it is done upriver, about 1.5 km away from the waterfall. There the river flows gently, and it is surprisingly effortless to propel a two-seater canoe against the current or make tight turns in the river. We saw only two canoes – a single and a two-seater. The guide used the single seater while two people had fun on the other canoe turn by turn

Tip : It is better to do kayaking first if its raining, because we had already gotten drenched by the time we were done with valley crossing, and our driver refused to let us into the car like that. So we had to walk the 1.5 km to the kayaking point. To be fair, it was a really nice stroll among green fields and winding roads, and it didnt take us more than 20 min. So go walking if you can. But if you dont want to, then take the vehicle to kayaking first

View in a larger map

We had taken a Toyota Innova for the trip and it took us almost 4 hours to reach Dabhosa. There are atleast 3 ways to reach Jawhar from Bombay. The first route (which we took) is to take the Ahmedabad highway till Manor (about 85km away) where you take a right and and head for Vikramgadh and then to Jawhar. At Manor, there are two junctions – you have to skip the police station and take a right at the telephone exchange. The other route is to go north from Bhiwandi towards Wada and then onto Jawhar. The third and longest option is to head on NH3 (Nashik highway) and take a left at Kasara towards Jawhar through Khodala. This route, though much longer, has the advantage of going through Vihigaon. Vihigaon comes around 20 km before Jawhar, and is the site of another big waterfall which is more accessible (closer to the road). The Ahmedabad highway is clogged with trucks and going is slow, but after Manor, the road is unbroken and virtually empty. We would see another vehicle only every 10 min or so – and the surroundings seemed bereft of habitation – making it a drivers delight.

Dabhosa is recommended for a day trip with friends in the monsoons. The waterfall at the bottom is breathtaking and leaves your mouth a little open – while you take in the noise, the spray and the seething water in the pool. And after all the hard work climbing back up, the hot lunch overlooking the waterfall isnt the worst thing you could do.