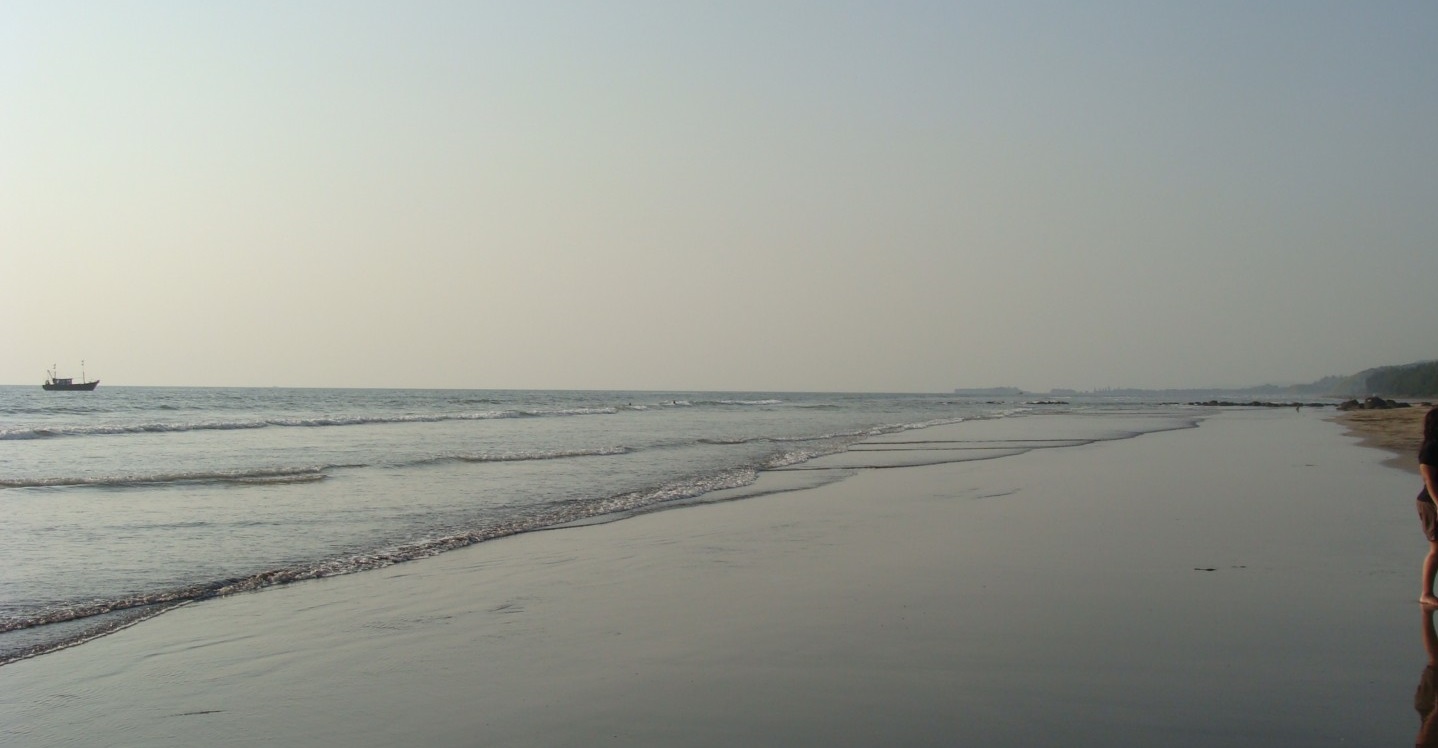 Maharashtra’s Konkan region is dotted with innumerable beautiful beaches – some are too small to be named, and others are more famous (like Alibaug & Kashid). Obviously, the more famous beaches lie closer to Bombay, but they are also the most crowded and commercial – Alibaug being the case in point. The beaches further south are cleaner, less commercial and more importantly, empty. In some of these places, you can have the entire beach to yourself for hours. It might not be everyone’s idea of a beach holiday – most of our contemporaries seem to prefer the familiar comforts of Goa. But we like the idea of an untouched beach where there is nothing but the waves or seagulls to distract you. If that interests you too, then read on

This weekend, we found ourselves at the beach of Karde, 15 km from the town of Dapoli in Ratnagiri district. Many mistakenly believe that Dapoli is a beach destination itself – it is not. Dapoli is about 10km from the sea and from Dapoli, you have the option of visiting four beaches – Anjarle, Harnai, Murud & Karde (going north to south, within 25 km of each other). Murud is the largest among these, and the most ‘touristy’ – it gets quite crowded in the evenings and we thought the beach was the worst – more black mud than sand. Harnai has a nice beach stretched along a small bay. But, it is also adjacent to the fishing village of Harnai – and every evening the fleet comes in with the catch of the day. While it is supposed to be nice to watch, it makes the entire place reek of fish. Anjarle is a town more known for its Durga Devi temple and its beach was ok, nothing fabulous. Karde, seemed to the best beach among the four – it is more like an extension of Murud beach, but devoid of the crowds and the black sand. It extends a long way, more than what we could walk … 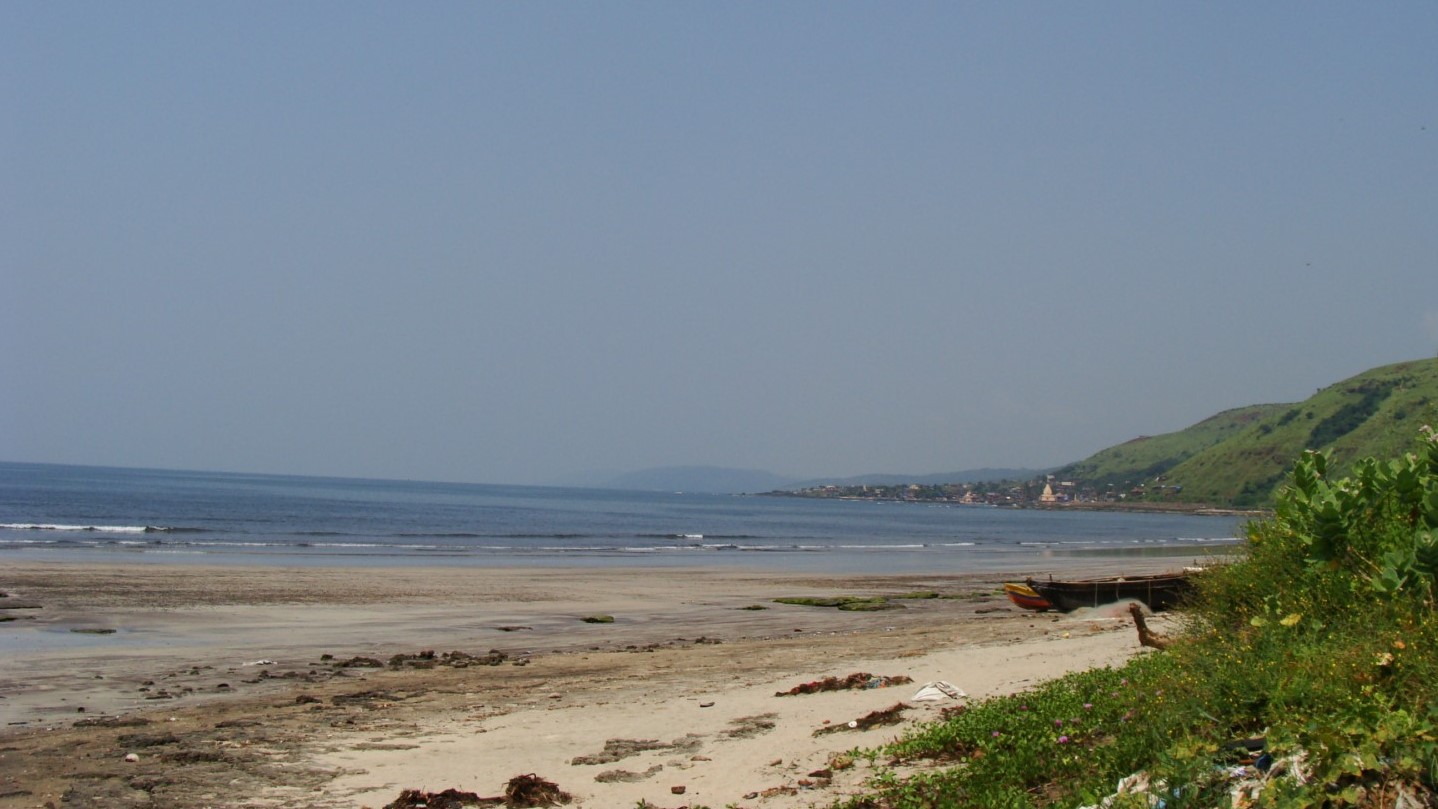 Karde has 4 hotels on the beach (and nothing else). So it is imperative that you have a reservation before you reach Karde. None of the hotels are very big – 15-20 rooms each. We stayed at the Whistling Palms hotel (http://www.thepalm.co.in), right at the start of Karde beach. It is a very new hotel, so it was very neat and clean – bathroom fittings etc were very nice. All the rooms faced the sea and they had a pool table & carrom boards set up on the terrace – though the prices seemed a little bit on the higher side. We paid Rs. 3,750 per AC room inclusive of dinner & breakfast – they had a very decent a-la-carte menu and for once seafood was quite cheap !! We enjoyed crisp Pomfret fry for just Rs.100. The other hotels were offering AC rooms for about Rs 2,000. But we had a really nice time at Whistling Palms, especially since they served beer on Oct 2 also 🙂

Murud beach offers a many more staying options – including the former MTDC property Lotus Beach Resort – but seeing the heavy crowds and the bad condition of the beach, we wouldn’t recommend staying at Murud. As far as we could see, there weren’t any staying options in Harnai or Anjarle, but you should be able to find homestay options through http://www.rtne.co.in. Alternatively, there is also a highly rated resort in Dapoli called Aryawarta (http://www.aryawarta.co.in) where the entire resort consists of separate bungalows.

Apart from frolicking in the waves, Karde and its sister beaches offer a lot of activity. Harnai village is set adjacent to the fort of Kanakdurg, and just off the coast is the island fort of Suvarnadurg. Similar to Murud Janjira and Sindhudurg forts, it can be approached by boat – but unfortunately the service is suspended during the monsoons. Same is the case with the dolphin rides – dolphin sightings is very easy in the region apparently, but monsoons mean those rides are suspended too. But a visit to Harnai is recommended anyway, because it offers some great views and photo opportunities of the Suvarnadurg fort. We also did some paragliding on Murud beach. They use a jeep to pull you along the beach instead of a boat, and charge Rs. 300 per head. We were told about a very nice sunset viewing point on the ghat road between Murud and Anjarle (locally called the Harnai bypass), but we left our hotel a little late and decided to watch the sunset at Murud beach itself. 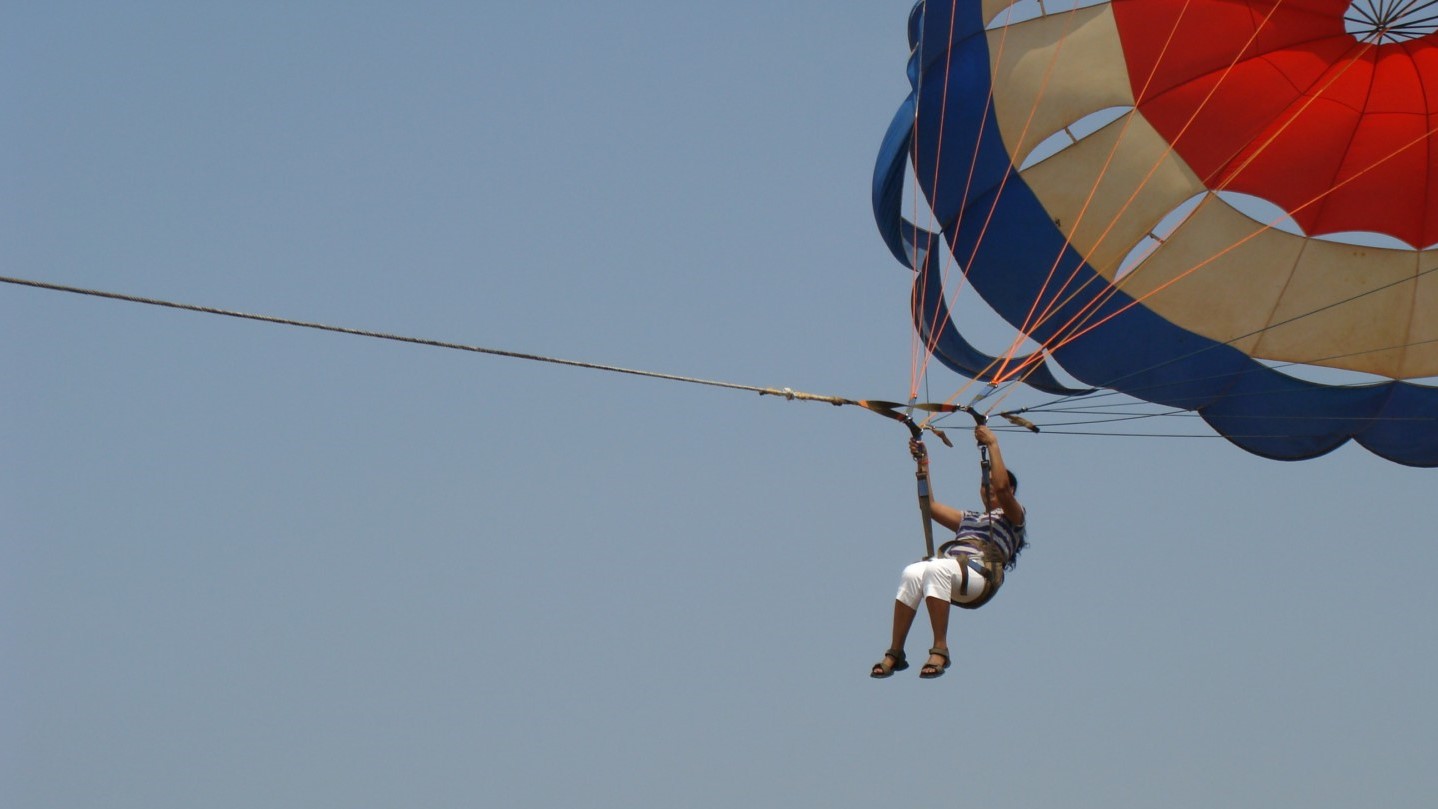 So whats the ‘catch’ you ask ?
The distance ! Karde is about 250 km from Bombay and it takes 6 hours to reach. The last stretch of road is not so good – from Dapoli to Karde – especially the last couple of km. where the road narrows down to a single lane. This road is not marked on any maps, so ask for precise directions from the hotel. But all the tribulations are forgotten when you take the last turn and find yourself facing an empty beach and the sea. We think hiring a car is better than driving, since you’d end up driving for more than 12 hours in a weekend. And the travel time also means that you dont get much more than a day at Karde unless you take a 3 day weekend

View Larger Map
For someone who hasnt seen much of the Konkan coast, there are alternatives to Dapoli – Diveagar, Shrivardhan & the other Murud (the one close to Murud Janjira & Kashid) – that are closer to Bombay and have similar clean empty beaches. But if you are done with these destinations, then you will find your journey to Karde worthwhile … 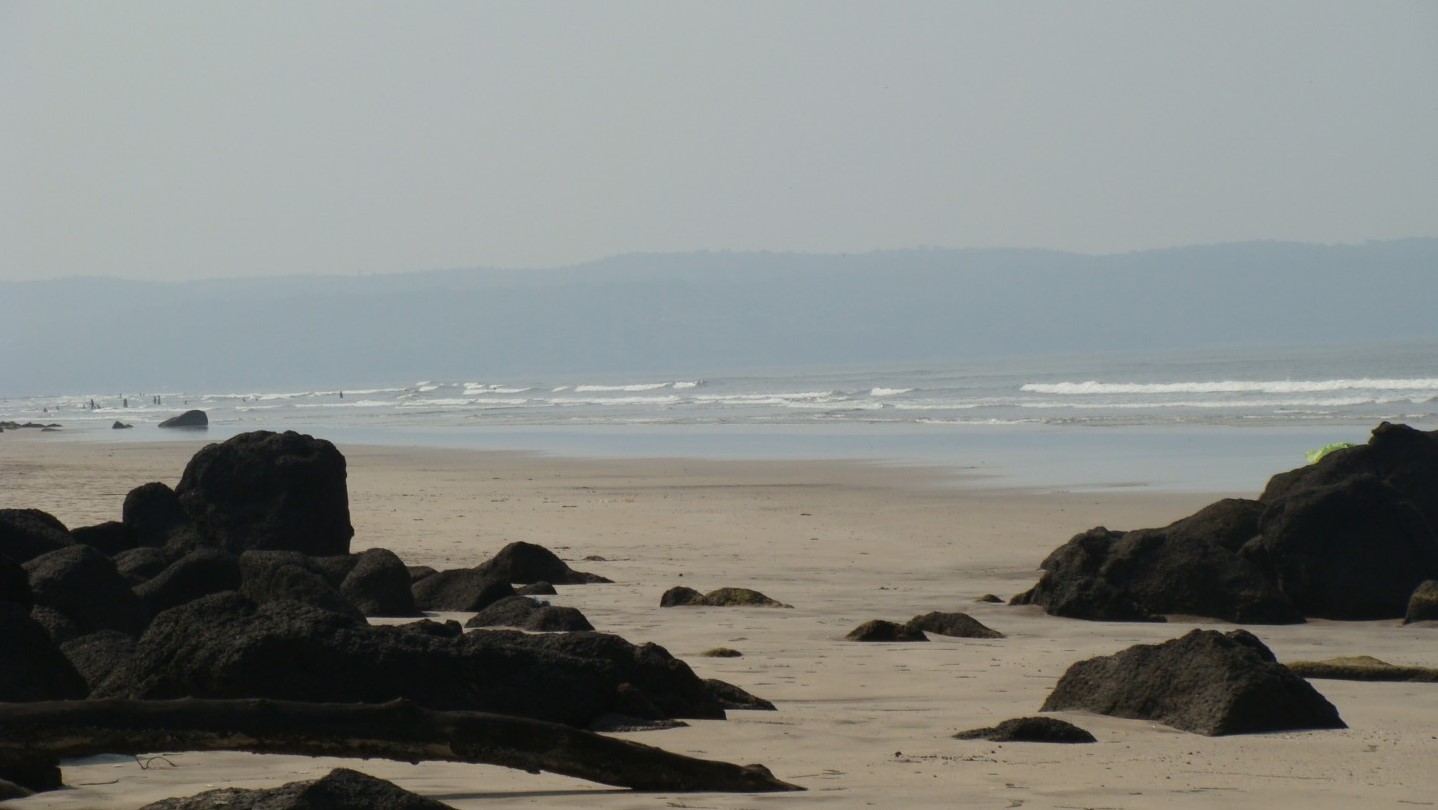