From relative obscurity till about 10 years ago, Malshej Ghat has now become one of the more popular monsoon destination for Mumbaikars – a destination of choice for people who are bored of the traditional trio of Lonavala, Matheran & Mahabaleswar. We had been thinking about Malshej Ghat for a while, till one beautiful sunday morning in the monsoon of 2009, 9 of us piled into two cars and headed out to Malshej Ghat to see if it was all that was promised

The way to Malshej Ghat is to take NH222 going towards Ahmadnagar. After travelling for a while on relatively flat land, suddenly a line of hills covered in clouds seem to loom up in front of you. The knowledgeable among us pointed out – Malshej Ghat stands at the top of this hill range. The place gets it name from a mountain pass – a natural pass cutting through the formidable Sahyadris mountains – on which a road was built through. Historically, this was one of the natural trade routes used by people from the Deccan plateau to reach the coastal regions. Now Kasara Ghat and Malshej Ghat are sites of national highways – the NH 3 to Nashik and NH222 to Ahmadnagar respectively 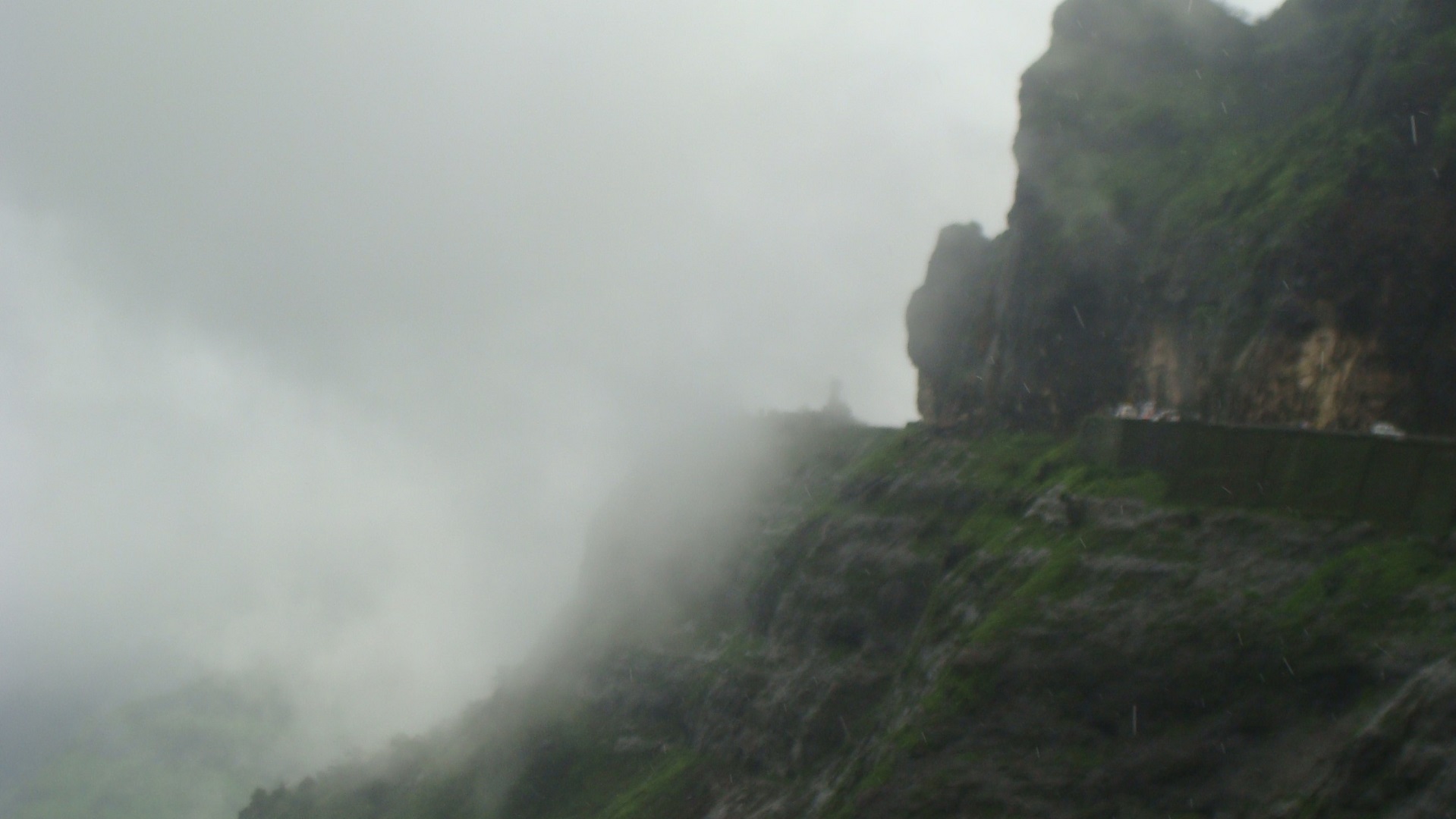 The destination for us was the highest point in Malshej Ghat – where a large flat plateau looks over the green steep walls of the Sahyadris and onto the plain below. In the monsoons, when everything is under a bright green carpet, the views are fabulous. We had never seen clouds move so fast anywhere else before – valleys would become covered with fog and be clear as daylight in a space of a few seconds. And the reason for that is the super-strong breeze on the plateau/tableland. I am quite a heavy man – and a couple of times, even I got thrown off balance by the wind. I can imagine cats and dogs being literally blown away. The tableland is capped by a MTDC resort, which has about 20 odd rooms, but it didnt look like too many people stayed overnight. Most of the visitors are day-trippers, who come to enjoy the views, have lunch at the MTDC resort and then head back home.

We did the same too – but we had two rooms booked at the MTDC resort just to be safe – in case we needed to change etc (we were 5 guys and 4 girls). The rooms turned out to be a good idea since it was drizzling on and off throughout the day and we could get into fresh warm clothes before we headed back for the long drive to Bombay.
Also, the number of day-trippers is far more than what the MTDC restaurant can handle. Lunch time reminded us of the hostel mess rather than a restaurant – prepare to wait long to get a table and even longer to get your food served. And the food itself was very ordinary. So packed food like sandwiches isnt a bad idea at all. 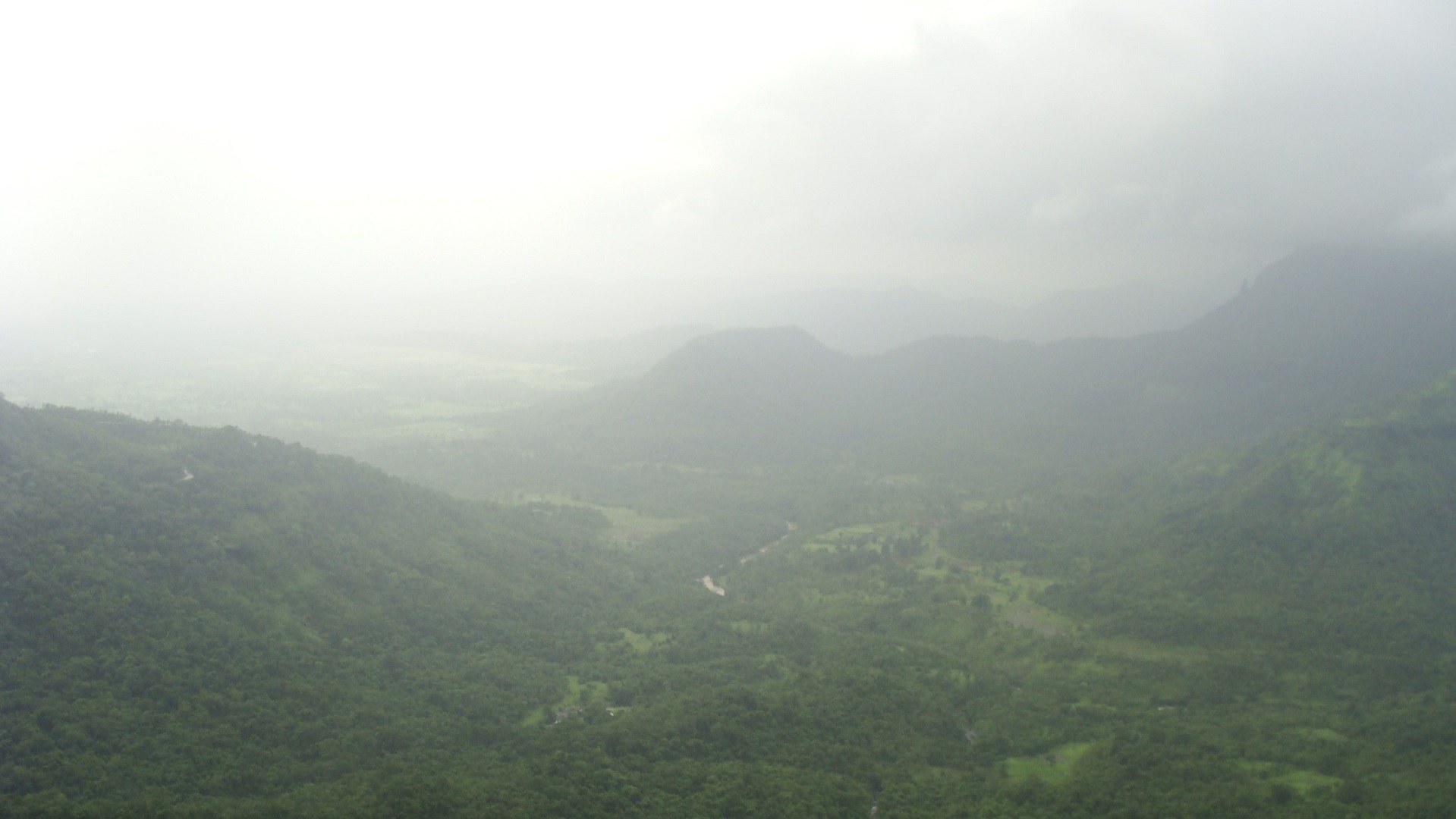 So views and the breeze are great, food not so great. Doesnt sound that exciting, does it ?
You are right in questioning, why is this place famous? Well originally, the plateau used to be the stopping point for pink flamingoes (the same ones that come to Sewri mudflats every year) but I dont think any flamingo has visited Malshej in the last 5 years or so.

Instead, most people love to go there for superb breeze – and the inverted waterfalls. The rainwater flows off the side of the plateau in very small streams and such is the strength of the wind, that all the water is thrown back up into the air, like reverse rain. And at such high velocity that standing at the ledge can soon get quite unpleasant with the stinging water ! We were delighted to no end with this phenomena – and it is a permanent feature of the monsoons in Malshej Ghat apparently. Maybe the layout of the valley forces the winds upwards – we do not know. But it was one of the most amazing feelings to see water curl back up an get thrown up relentlessly. 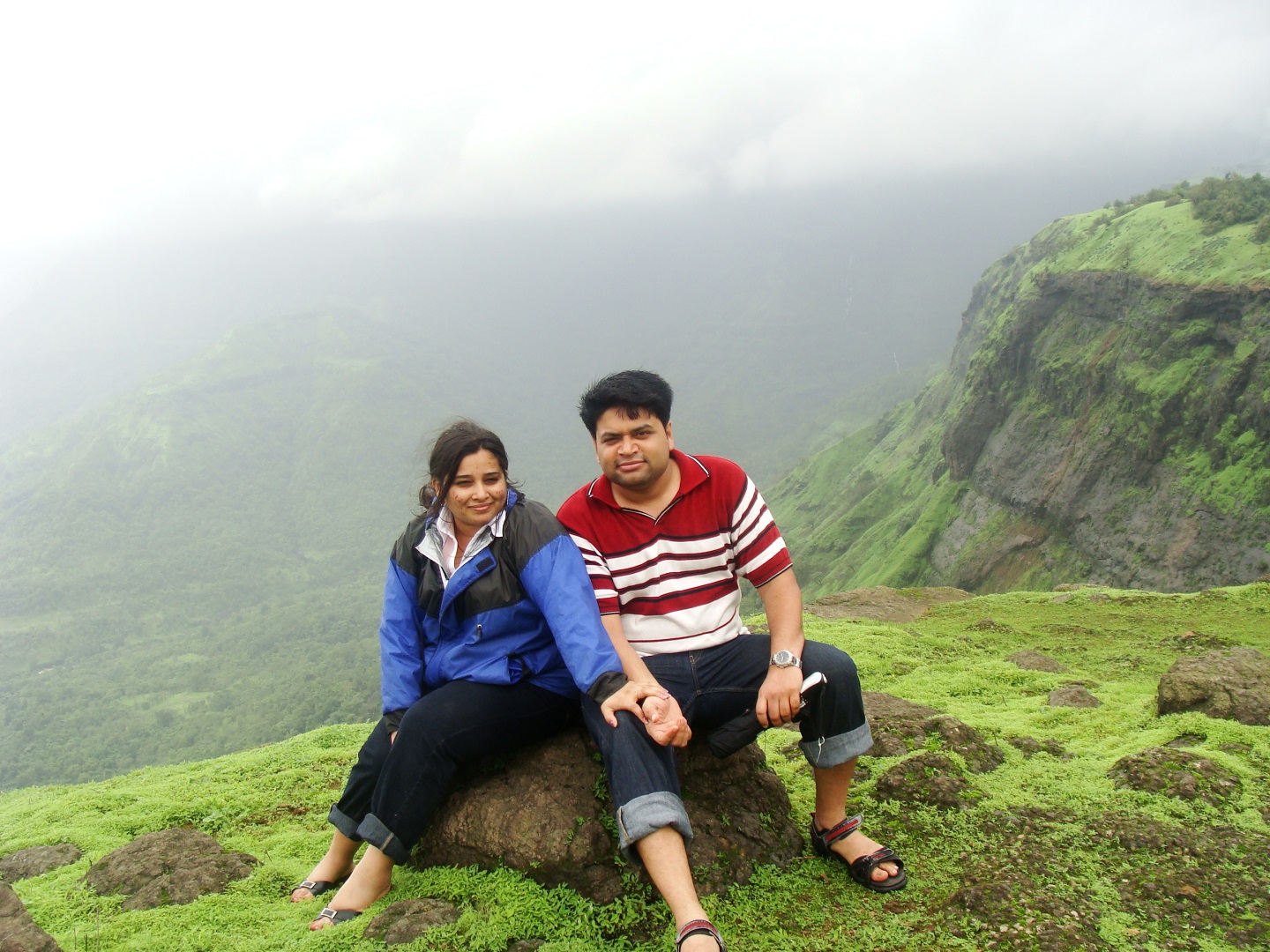 Malshej Ghat has got the brilliant natural views and climate to make a refreshing break from city life. However, to our dismay it is also being overrun by the same crowds which you can see in Lonavala/Khandala. So it gets a wholehearted approval for a dekko, but with a disclaimer about the crowds. One suggestion, given by a friend, is to not stop at MTDC but to carry on forward for a couple of km on NH 222. On the other side of Malshej Ghat is the Pimpalgaon dam, and there are a couple of private resorts on NH 222 where you can sit and sip a beer, overlooking the dam below. I dont have more details, but it could be worthwhile to check out.